Songs of grace and change at lunchtime

I went to this show as part of a class about the humanities. It was close to work and I thought, "What the heck, it's better than a lecture on methodological frameworks, right?" 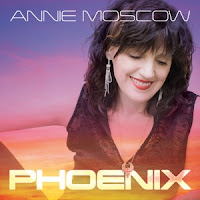 Well, this turned out to be a wonderful event and a peaceful way to spend an hour in the middle of a workday ... but I wasn’t so sure about it as I approached the Herberger.

The theater looked dark. Nobody was around, yet there was a handmade sign on the box office door directing me around back to The Kax Stage.


It was packed. Everybody seemed to know each other. Clumps of senior citizens sat together. And there was a large group of teens who’d come with their chaperones on a yellow bus parked outside.

People were eating from brown bag lunches and chatting away. It was kind of your typical small stage – heavy black curtains; the walls, floor, chairs were all black. Lights were kind of low, but chatter brought in some light. It was a little like we were at a picnic in a jazz club.

Then, lunches were finished. Trash tossed out. Brakes were set on the walkers and wheelchairs. Judy Rollings, Arts Education & Outreach Director for the Herberger welcomed us and told us about a lot of other activities coming up.

Then Judy introduced Annie Moscow who stepped through the curtains, smiled at us and sat down at a baby grand piano to play a song. I thought, “Oh, no. Isn’t she going to interact with us?” Well, she did and it was great.

Annie Moscow is a musical storyteller. And she tells stories and sings songs about Phoenix. And the story of Phoenix right now is about heartache, unemployment, foreclosures and loneliness. But Moscow also sang about people needing each other and how we’re all in this together. And she was funny.


This was a great use of the small theater at Herberger. The crowd was fed and prepped and welcomed. And Moscow’s message was universal. She was kind of a female Harry Chapin, entertaining us with songs, stories, a wink of an eye.

Even though the audience seemed a little disjointed with its senior citizens, teens and the odd office worker off the street, Moscow pulled us all together. This was a fine display of the Humanities. Moscow cared enough to open herself up before us. And we cared enough to create a safe space for her to do so.

We didn’t have to understand her show, we could just feel it. The hour went by quickly. And Moscow sent us on our way with a song called “Hey Jo” that included these lyrics:


This was a nice way to spend a workday lunchtime. I may go again. 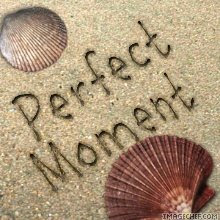